Loan Growth Accelerates as Bankers Note Caution for Rest of 2022 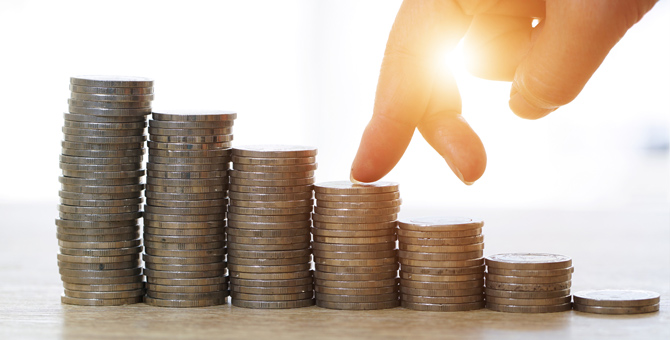 The second quarter of 2022 was notable for median loan growth in the Twelfth District. The headline number—16% year-over-year, excluding PPP loans—was the fastest pace since 2006. So, why the sudden acceleration in growth? Is this a sign of an economic recovery, and how do bankers feel about growth moving forward in this age of rising interest rates?

A favorable shift in asset mix

Banks funded this loan growth primarily with on-balance sheet liquidity they had at the ready. Twelfth District banks had a lot of cash built up due to a surge in deposits during the height of the pandemic. They then used that cash on hand to fund loans—causing a shift in asset mix towards loans and away from short-term, liquid assets.

Importantly, this shift in asset mix, along with rising interest rates, benefitted earnings, since loans tend to be higher yielding than other types of assets held by banks.

The Twelfth District led all other districts in loan growth with the highest median rate. Demand for loans might differ by region because local economies have been recovering at different speeds. Places like Salt Lake City, Boise, and Phoenix have been growing rapidly, driving the demand for commercial real estate (CRE), which includes construction and land development. And the data in our First Glance 12L report demonstrates this. District bank loan portfolios continued to center in CRE categories, including those backed by owner-occupied (OO) and nonowner occupied (NOO) collateral. At 222% in the second quarter, the District’s median NOO CRE concentration ratio greatly exceeded the national median of 124%.

The downside of the loan growth is twofold. First, on-balance sheet liquidity came down, meaning that banks don’t have the same volume of liquid instruments on hand to fund further growth. If they want to grow loans further, they may need to raise funds in other ways by ramping up deposits, borrowing money from sources like the Federal Home Loan Bank, or raising capital. As a result, competition is heating up on the deposit and the lending sides. The second downside has to do with risk-based capital ratios, a regulatory measure used to assess capital adequacy. The denominators of these ratios risk weight various components of the balance sheet based primarily on credit risk features. Cash and fixed income securities generally carry lower risk weights than most loan categories. So, the shift in balance sheet mix tended to increase risk weighted assets and reduce risk-based capital ratios, all else equal.

Inflation is top of mind

Other third-party surveys suggest increasing caution on the part of bankers when it comes to future loan growth. A late-June survey of community bank executives by IntraFi Network found that 48% of bankers in the West expected loan demand to soften in the coming year, up from 26% who felt similarly in April.

For more details on economic and banking conditions across the District, visit the full First Glance 12L 2Q22 report.