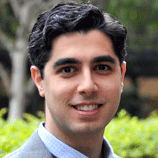 abstract (+)
An open economy structural vector autoregressive (SVAR) model is developed for Belize with the objective of identifying the main factors behind the volatility in output growth. A MarkovSwitching VAR (MS-VAR) model is also employed to explore whether the response to shocks is the similar across different economic states. The paper finds that Belize is one of the most volatile economies in Latin America and the Caribbean. Most this is volatility is driven by fluctuations in the economic growth of its main trading partners – United States and Mexico – and domestic price movements. The impact of these variables differs significantly depending on the prevailing economic conditions in Belize. Notably, the influence of trading partner’s GDP on growth weakens during periods of intense volatility suggesting that the authorities may need to invest more in developing countercyclical measures to minimize the duration of instability. The paper also confirms that higher output volatility undermines the pace of economic expansion in the country and has kept growth in Belize lower than otherwise possible.

abstract (+)
This paper explores two new financing mechanisms that multilateral and bilateral development agencies could consider deploying to address problems of debt sustainability in small states. These proposed financing mechanisms would allow bilateral development partners to utilize committed but undisbursed climate adaptation funds in ways that help small states reduce or manage debt servicing obligations while also supporting continued investment in climate adaptation to reduce climate vulnerabilities. Debt-for-climate adaptation swaps would see bilateral creditors pay down debt owed to multilateral creditors by small states, with small states then reallocating avoided debt repayments to climate adaptation projects and programs. Climate adaptation development policy financing would involve the provision of sector or general budget support to small states by multilateral or bilateral creditors (potentially tied to debt service or early debt repayments), conditional on implementation of policy measures to address climate vulnerability risks. In this paper we provide an initial assessment of these proposals, informed by analysis of small state indebtedness and recent debt dynamics. Proposed financing instruments are predicated on assumptions that small states face high levels of indebtedness, and that reducing debt levels while increasing climate resilience could sustainably reduce such vulnerabilities. We find that levels of indebtedness vary widely across small states. Analysis of small state debt dynamics shows that small state debt accumulation has been driven by large primary and current account deficits and slow economic growth. Debt reduction from new mechanisms can only be expected to be sustainable, therefore, if countries simultaneously address the macroeconomic imbalances driving debt accumulation. We demonstrate that, while exposure to natural disasters is likely to have exacerbated economic management challenges in some small states, such exposures are unlikely to be the only important cause of indebtedness. We conclude that proposed new financing instruments can potentially help reduce small state debt burdens and gain fiscal space for climate adaptation but will not present a sustainable solution to problems of small state debt risks unless they involve (or are accompanied by) macroeconomic and structural reforms to address the underlying imbalances driving rapid debt accumulation.

abstract (+)
Mobilizing more revenue is a priority for sub-Saharan African (SSA) countries. Countries have to finance their development agendas, and weak revenue mobilization is the root cause of fiscal imbalances in several countries. This paper reviews the experience of low-income SSA countries in mobilizing revenue in recent decades, with two broad aims: identify empirical norms of how much and how fast countries have been able to mobilize more revenue and empirical determinants (panel estimates) of revenue mobilization. The paper finds that (i) the frequency distribution of changes in revenue ratios for SSA low-income countries (LICs) peaks at a pace of about ½-2 percentage points of GDP in the short-to-medium term and at a pace of about 2-3½ percentage points of GDP over the longer term, and that (ii) almost all SSA-LICs managed to increase revenue ratios by more than 2 percentage points of GDP in the short-to-medium term, at least once in the last two decades. The sustainability of large increases in revenue ratios can be an issue, in particular for fragile countries. The panel estimates suggest that structural factors, such as per capita GDP, share of agriculture in GDP, inflation, degree of openness, and rents received from natural resources, are important determinants of tax revenue.

Tra i Leoni: Revealing the Preferences Behind a Superstition

abstract (+)
We investigate a superstition for which adherence is nearly universal. Using a combination of field interventions that involve unsuspecting participants and a lab-style value elicitation, we measure the strength of peoples’ underlying preferences, and to what extent their behavior is driven by social conformity rather than the superstition itself. Our findings indicate that both mechanisms influence behavior. While a substantial number of people are willing to incur a relatively high individual cost in order to adhere to the superstition, for many, adherence is contingent on the the behavior of others. Our findings suggest that it is the conforming nature of the majority that sustains the false beliefs of the minority.

Watch the Video: Will Rising Rents Push Up Future Inflation?

Understanding Climate Risk: What We Learned from Businesses

How Are Businesses Responding to Climate Risk?

Is the American Rescue Plan Taking Us Back to the ’60s?

New Future of Work Survey: What Will the Post-Pandemic Workplace Look Like?

abstract (+)
This report provides actionable advice on how to design and implement fiscal policies for both development and climate action. Building on more than two decades of research in development and environmental economics, it argues that well-designed environmental tax reforms are especially valuable in developing countries, where they can reduce emissions, increase domestic revenues, and generate positive welfare effects such as cleaner water, safer roads, and improvements in human health. Moreover, these reforms need not harm competitiveness. New empirical evidence from Indonesia and Mexico suggests that under certain conditions, raising fuel prices can actually increase firm productivity. Finally, the report discusses the role of fiscal policy in strengthening resilience to climate change. It provides evidence that preventive public investments and measures to build fiscal buffers can help safeguard stability and growth in the face of rising climate risks. In this way, environmental tax reforms and climate risk-management strategies can lay the much-needed fiscal foundation for development and climate action.

Building a Better Future Together

Jamaica: Laying the Foundations for Growth and Debt Sustainability

abstract (+)
An extended drought in 2014 and 2015 slowed Jamaica’s economic growth and diminished its prospects for poverty reduction. The government continues to make impressive progress in macroeconomic stabilization and fiscal consolidation. The gross domestic product (GDP) growth rate is expected to recover to 1.5 percent in FY2015-16, while progress continues towards achieving debt sustainability. A number of investment projects are currently being prepared, including some designed to support the government’s logistics hub initiative, and capital spending is expected to rise. While the recent PetroCaribe debt buyback has reduced the debt overhang, Jamaica’s progress on debt sustainability and its ability to address solvency issues will hinge on resurgence in growth. Jamaica still faces large debt repayments over the medium term and will need to maintain access to commercial markets in order to finance them. A United States (U.S.) 2 billion dollars bond issue in July in support of the PetroCaribe buyback will also help pre-finance a large domestic debt repayment scheduled for February 2016, the first significant domestic debt amortization since the national debt exchange of 2013. A modest recovery in per capita GDP growth is expected to slightly reduce the poverty rate from 19.9 percent in 2012 to 18.7 percent in 2016.

abstract (+)
Sub-Saharan Africa continues to record strong economic growth, despite the weaker global economic environment. Regional output rose by 5 percent in 2011, with growth set to increase slightly in 2012, helped by still-strong commodity prices, new resource exploitation, and the improved domestic conditions that have underpinned several years of solid trend growth in the region’s low-income countries. But there is variation in performance across the region, with output in middle-income countries tracking more closely the global slowdown and with some sub-regions adversely affected, at least temporarily, by drought. Threats to the outlook include the risk of intensified financial stresses in the euro area spilling over into a further slowing of the global economy and the possibility of an oil price surge triggered by rising geopolitical tensions.